By Henrietta UllmannNovember 28, 2022No Comments 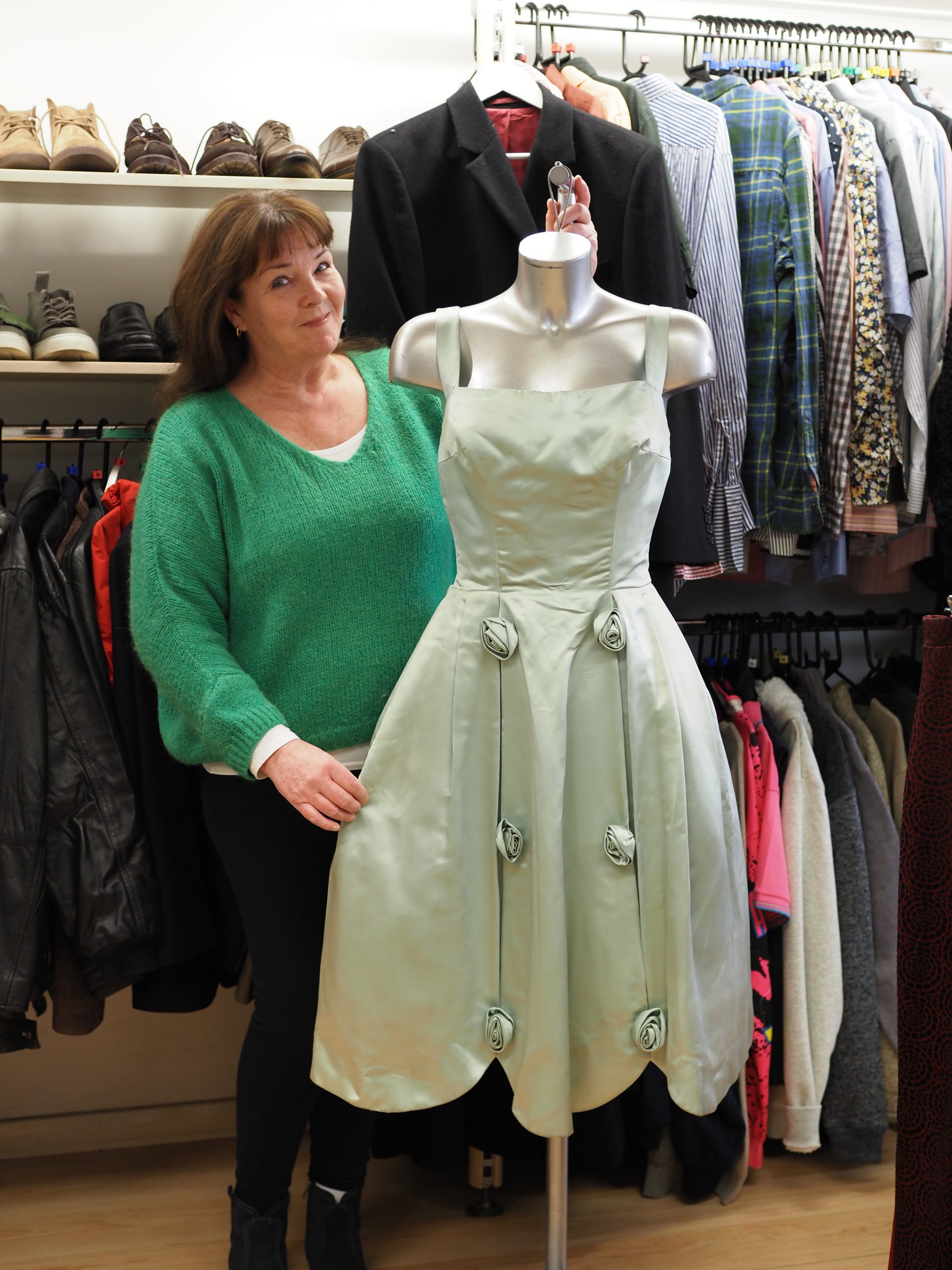 It hardly seems possible that a year has passed since we were headline news with our vintage sale of Dame Vera Lynn’s magnificent dresses. It is so fitting for an icon who never really stopped working, that the compassion of the ‘Forces Sweetheart’ continues to flourish and to help those in need.

Last years ‘Vintage Event’ captured the imagination of people across the nation featuring on the TV and in both national and local press; the publicity and fundraising it achieved were beyond our wildest dreams.

There were many dresses for Virginia to sort through after her Mother’s death with some going to the Ditchling Museum for a commemorative display and others going to the V&A museum. So the hospice was indeed very lucky that Virginia thought it was only natural to continue the local connection and the work done with the hospice, by donating some of her dresses to us. In fact she kindly donated around 60 items including a number of glamorous cocktail dresses and gowns, which Dame Vera wore for events and performances on stage. Many of the dresses donated were made specifically for Dame Vera, and there were even a few pins left in from fittings!

In order to showcase the wonderful donation Lewes Fashion shop and manager Alicia created an eye-catching window display. The dresses were the centrepiece along with other donated items for a special vintage collection. To coincide with the Remembrance Day weekend the shop then held a vintage event inviting Virginia and her husband, Tom. In the end the event did not only attract local media but caught the attention of reporters at a national level!

The hospice team was overwhelmed with phone calls and emails from interested parties looking to purchase a piece of history. Pricing the dresses was tricky as there was no benchmark for such unique items. With a bit of work, photos were found of Dame Vera performing in some of the dresses which were a great help with the value of key items.

The whole event was a wonderful experience for the shop, raising its profile. There were some lovely stories too, for instance a son who called trying to buy an item for his 89 year old dad who had been stationed in Burma and had met Dame Vera. He brought a fedora hat which was duly sent off along with accompanying notes about its provenance. It was given by the son to his Dad that Christmas, which is really a rather lovely story and very much in the spirit of Dame Vera.

In all the event was a huge success generating unprecedented interest in the Lewes shop and raising much needed funds and the profile of the hospice locally. The funds raised have made a massive difference to the hospice after what was a turbulent 18 months through Covid. The legacy of the event lives on with visitors from all over the country still asking about it and recognising Alicia the manager from the telly!