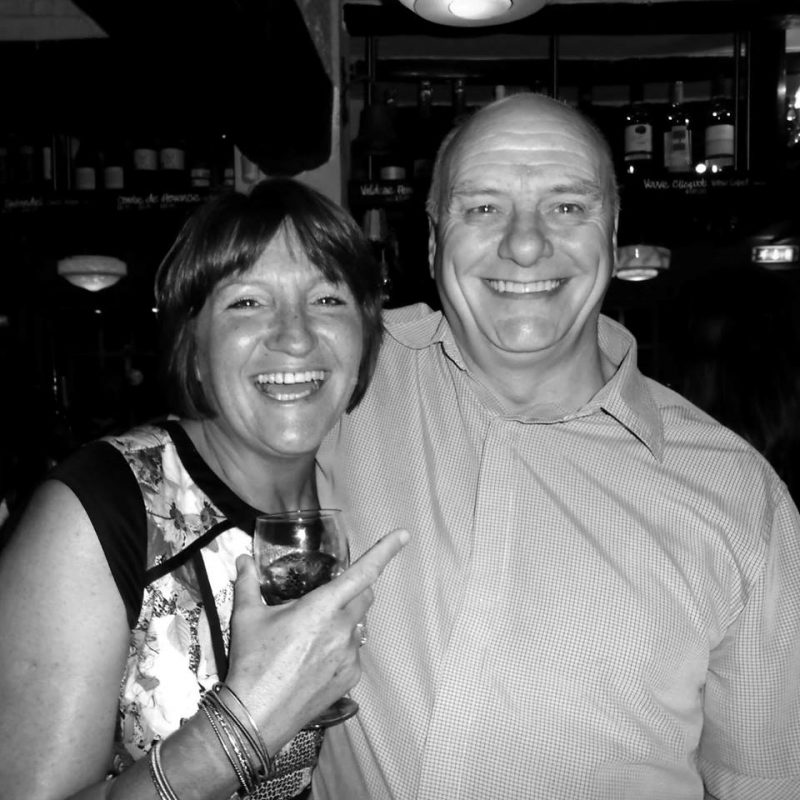 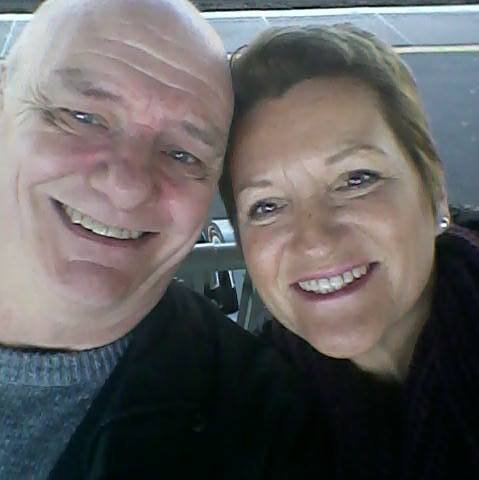 In May, Gary’s adored partner, Debbie, 49, passed away at our hospice. Here he shares his story of love and loss, and the lasting impact of hospice care.

‘I thought Debbie was beautiful from the second I saw her.’ Gary says. ‘She had such a warm energy about her and a beaming smile – one she was rarely without.

‘Debbie was fiercely loyal, had a wicked sense of humour and was the kindest, most selfless woman I’ve ever met 0 she had time for everyone and people warmed to her instantly. She was an avid gardener and loved her holidays, spending her days in the pool or soaking up the sun with a good book. She always looked immaculate; she was naturally stunning but loved her make-up and fashion. I was definitely punching above my weight!

‘Debbie had two children, Sam and Ben, from a previous relationship, and we had a daughter, Caitlin, who’s 12 now. The children were Debbie’s biggest love in life; she was so proud of them. Family time was her priority – even when she was very unwell we enjoyed a day out at Marwell Zoo. She was mad about Christmas and made it so special; preparations and present-buying started in  January! This year is our first Christmas without her and we’ll miss her terribly.

‘Debbie was diagnosed with breast cancer in 2011. Over the years she went through chemotherapy, radiation, and had a mastectomy as well as reconstructive surgery, after which she nicknamed herself ‘Lady Twoboobs!’. There were moments when Debbie struggled, but even on her dark days she’d crack a joke and end up in stitches. her strength was astounding and she never stopped looking out for us.

‘In January this year we found out that Debbie’s cancer had spread to her lungs and was terminal. Still, she remained positive. She decided to make memory boxes for the children, which they will treasure forever.

‘Initially, the hospice supported us at home. Nurse Gary would visit often, some days reviewing and changing Debbie’s medication, and others talking us through what to expect next. after the first visit Debbie smiled and said ‘I like him’. The two built a fantastic relationship; it was Debbie’s wish to be well-informed and Nurse Gary was open and honest throughout. During his visits somebody always ended up giggling. To have such compassionate, personalised care in our own home was hugely comforting.

‘Debbie spent a week at the hospice at the beginning of March to get her pain under control, and when she deteriorated at the end of March, Gary arranged for her to be admitted again. She spent her final three weeks at the hospice; it was a sanctuary. We enjoyed time together in the gardens, welcomed visitor after visitor and even had our dog, Alfie, in for cuddles. To see Debbie so comfortable, receiving the very best care, meant everything and it was a privilege to be by her side.

‘When Debbie passed away, I stepped outside to let the nurses do what they needed to. When I came back into the room, she had been freed of medical equipment and flowers had been placed around her. It was as if all her pain and struggle had gone; she was peaceful and looked so beautiful. I will be forever grateful for that moment.

‘At Debbie’s funeral, there was a sea of colour that took our breath away. 300 people – each with lovely stories to tell – turned up to celebrate her life. She was a truly fabulous, inspiring woman and I know for as long as I live I’ll never meet anyone like her. As a family, we’ll think of her in everything we do and try to live with the same strength and generosity that she did.’