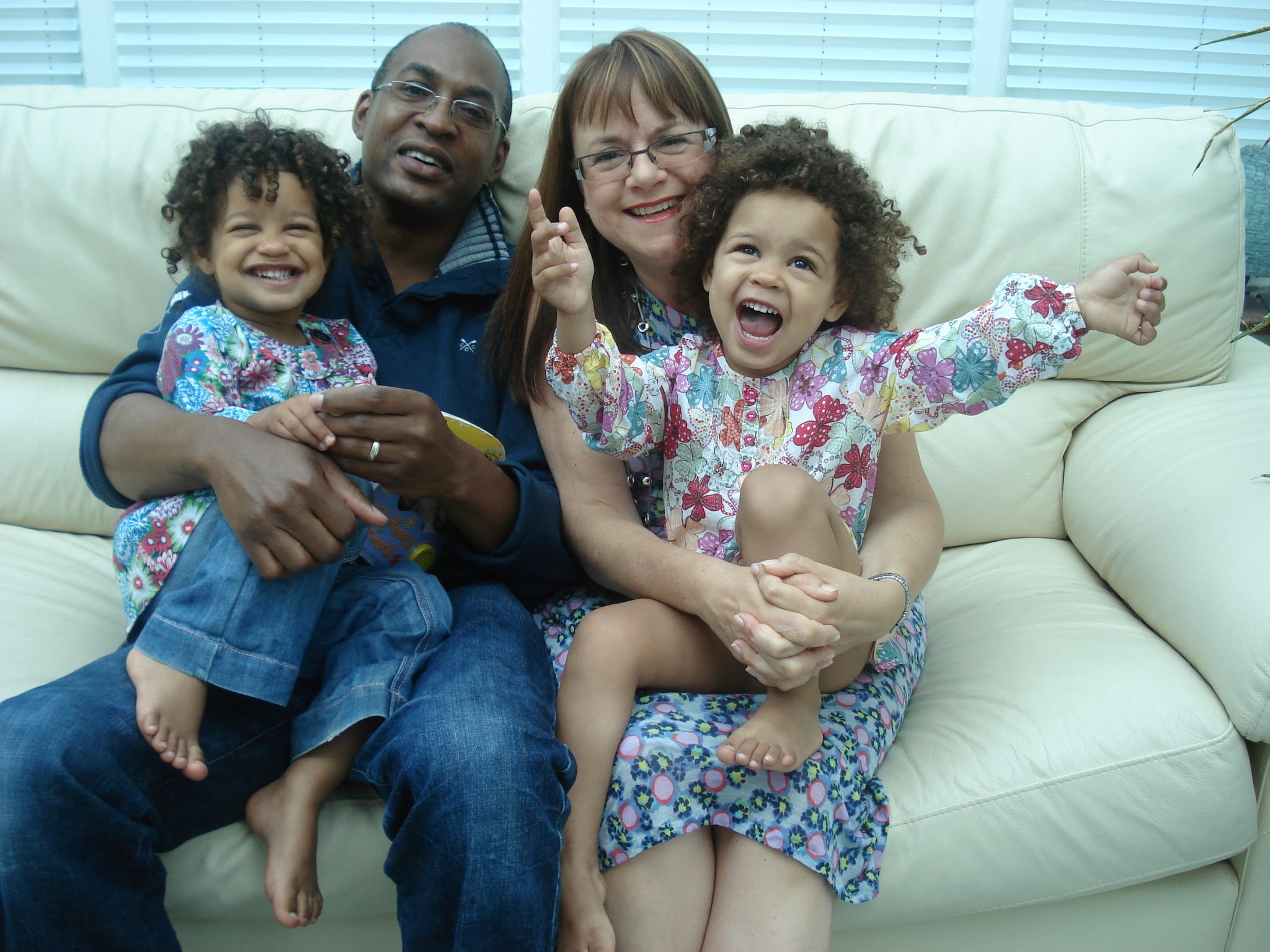 When Jo met Martin on a train journey in 2005, her life changed forever. Here she shares treasured memories of a wonderful husband and father, and recalls how hospice care made a devastating time that little easier.

The moment I met Martin was like something out of a film! We’d been smiling at each other across the train carriage, but didn’t speak until Martin jumped off the train at the same station as me. It turns out he’d got off early simply to say hello, as he didn’t want to risk never seeing me again. He was extremely polite, very handsome, had a wonderful smile, and was obviously a risk taker!

‘It wasn’t long before Martin and I fell in love. He made me laugh and brought so much warmth and fun to my life. He was modest, thoughtful and sports mad, having been a successful schoolboy footballer and a table tennis champion growing up! We were from very different backgrounds and cultures, but we understood each other and he made me feel so loved and supported.

‘Our wedding two years later was the happiest of days, despite the fact Martin was late and I had to bide time by parking up outside a fish and chip shop…! During my vows Martin decided to pull funny faces at me too, which resulted in me having a total fit of the giggles!

‘Eighteen months later we were overjoyed to find out that we were expecting twins, to join Martin’s two older daughters from his first marriage. Sadly, it was when I was pregnant that we received the news that Martin had a rare form of cancer. He had major surgery and was starting to recover when our beautiful daughters, Marni and Fleur, were born.

‘Martin was an amazing daddy. He was very hands-on and spent every second he could with the girls. As they grew into toddlers, he loved reading them bedtime stories, dancing them around the living room, making them giggle and playing football with them.

‘When Marni and Fleur were two, Martin’s cancer returned, and this time we were told it was incurable. It was incredibly difficult news to hear but we faced it together.

‘Martin had three stays at the hospice. The first, for symptom control, meant he could come home for four more precious months, and the second was to adjust his medication so that he was more comfortable. Martin’s third stay was for end of life care. Despite the unbearable circumstances, it was comforting for us both to be in a now familiar environment. I was able to stay every night and bring the girls in to visit. Hospice care brought Martin peace, dignity and comfort, and freed me up to be his wife. We were able to relax and just be together – eating and watching TV and chatting – in a way that we wouldn’t have had time to do at home. We had both hoped that I could be with Martin, holding his hand when he died, and I was, which meant everything. He was just 46.

‘Martin was my best friend, the love of my life and a brilliant father. Although the girls were only three when he died, they enjoy talking about their daddy and looking at photographs of the fun they had together. I see so much of Martin in them too, which is lovely.

‘I miss Martin every day, but before he died, he told me he wanted us to have a happy life after he’d gone. That wasn’t easy in the early days of grief, but I learned to notice and enjoy every positive moment, even on the toughest of days. These days, as a family of three, our lives are filled with happy times and new memories whilst always remembering the precious time we had as a family of four. I’ve also left the hospice a gift in my Will as a thank you. I think Martin would be proud.’