‘I’ve always wanted to throw myself out of a plane’ 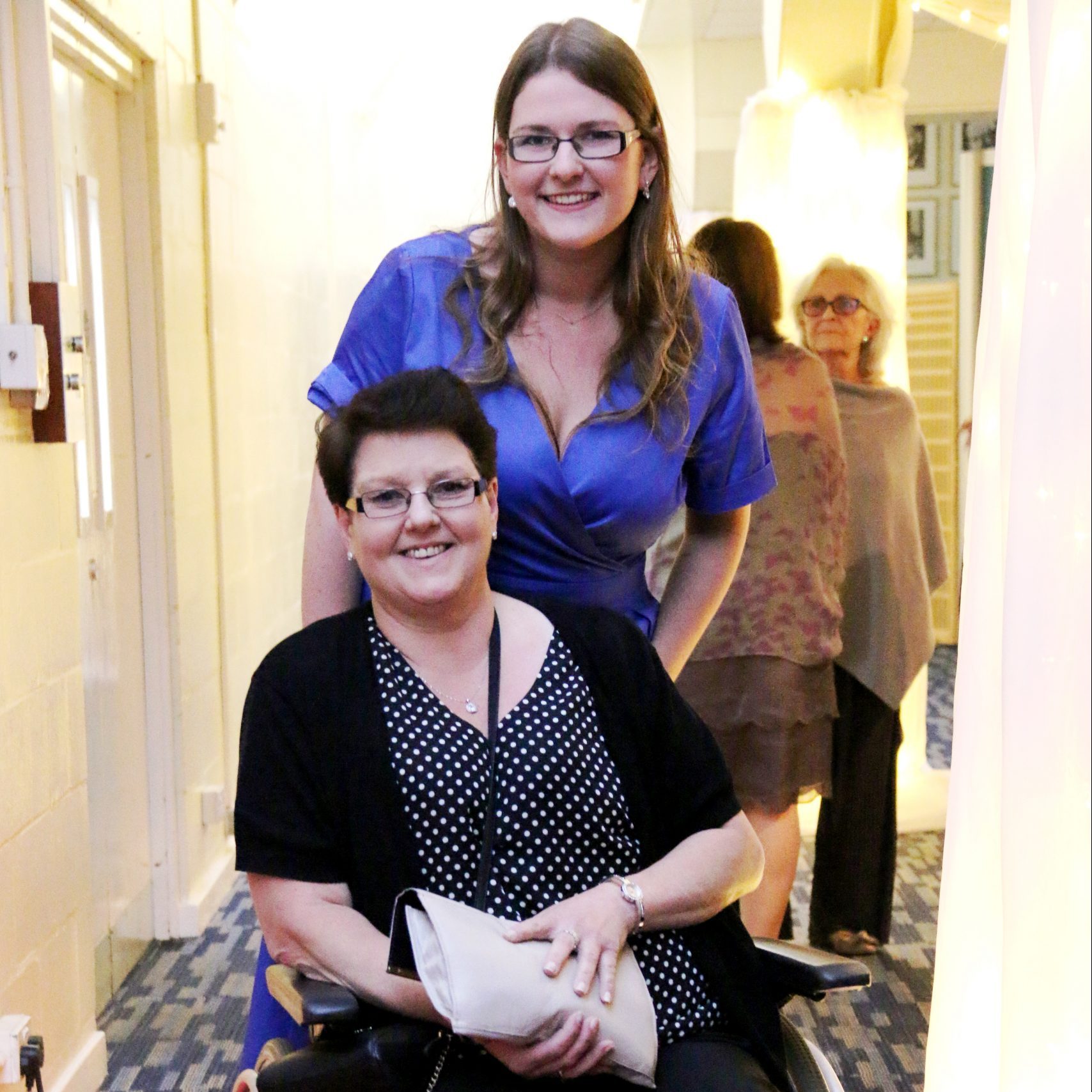 Carol Langridge, who you might recognise as a cashier at the Haywards Heath Sainsbury’s, never fails to amaze us with her dedication and generosity. Last year she raised over £7000 by taking part in our Star Walk, and this year she’s throwing herself (quite literally!) into another challenge to help bring hospice care to local families. ?

‘I’ve always wanted to throw myself out of a plane, but as I live with Multiple Sclerosis, it’s something I’ve never been able to do. I was keen to try something more adrenaline-fuelled to help the hospice so they suggested the next best thing – an indoor skydive! I was thrilled when my doctor gave me the go ahead; I’m so excited to get my jumpsuit on, get out of my wheelchair and experience something new.

‘My neighbour, Joe, was cared for at the hospice in his final days. He was a true gent, and as he and his wife, Doris, had no children of their own, they took a shine to my daughter, Jazzy. After Doris died, we kind of adopted Joe as family…. We even once threw him an 80th birthday party complete with jelly, ice cream and kiddy games! He’d never had a birthday party before and was delighted! It meant so much to me that he was cared for with such compassion and dignity at the end of his life. So many of my lovely customers have lost people at the hospice too and agree that the care is exceptional. You never know what’s round the corner either… I might end up there one day with my MS, though if I do there’d have to be a party every day!’

Want to help get Carol’s fundraising sky high? Make a donation online here or visit her at her till in Sainsbury’s.