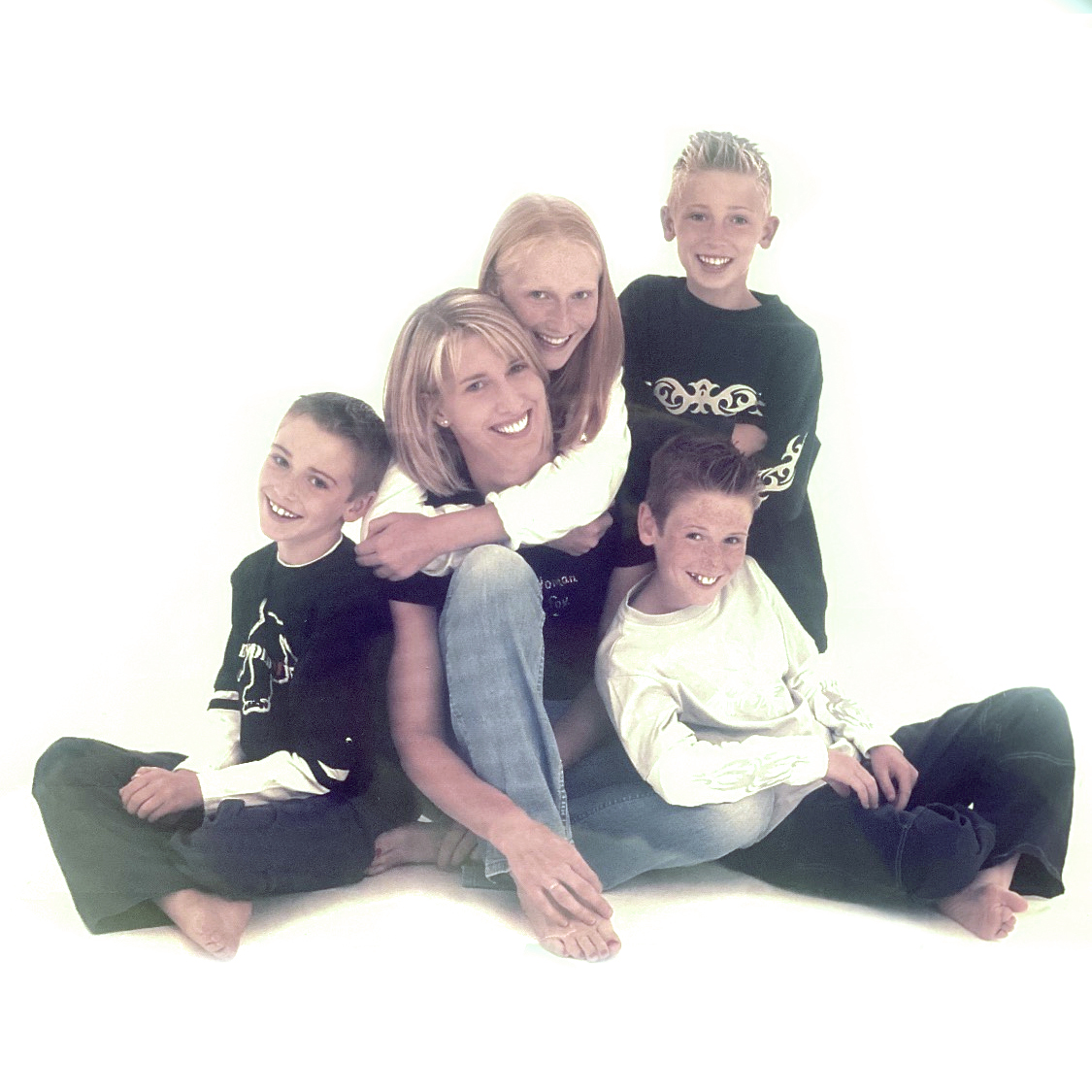 “Mum was very strong, in both character and body and I think that’s how she fought her illness for so long. It meant she was determined to live as normally as possible and St Peter & St James Hospice helped her do that.” – Ethan

When mum of four Jackie was diagnosed with cancer in 2013 no one anticipated just how long she would be able to battle the disease.  Her four children, twins; Daniella & David, Liam and Ethan were her absolute world and she was a devoted working Mum, working at the Princess Royal Hospital in Haywards Heath in both the Cardiology and Hydrotherapy departments. Two of her children, Daniella and Ethan, spoke to us about their Mums courage and strength throughout her illness and how St Peter & St James Hospice helped them fulfill her wish to live as normally as possible. Ethan tells us;

“Mum was diagnosed in 2013 with breast cancer and underwent a double mastectomy and treatment. Her cancer went into remission and we regained some sort of normality in our lives. Unfortunately however her cancer returned, but this time it had spread to her brain.

Whenever she was asked about her health she would reply “I’m fine” she was an incredibly strong willed and mentally strong personality. Her mental strength I’m sure helped her fight for as long as she did, she was incredibly positive and kept a jar of things written down of things to be grateful for that she looked at every day.  She battled this illness for such a long time it almost became part of her normal life, she did not want her illness to consume her”.

When Jackie and the family learnt her treatment was no longer working her oncologist recommended the services of St Peter & St James Hospice.

Daniella says “We didn’t really accept her final diagnosis because Mum had fought so hard and already surprised her medical team with how well she had managed. Mum was adamant from the start that she wanted to carry on as normal. She was offered support in setting up her home but she refused and even refused their offer of counselling.

It was only really in the last month or so that we really needed the support of the Hospice. The whole experience was totally alien to us and we were struggling to cope with her symptoms alone. The type of cancer Mum had, I can only liken to like seeing lights being switched off in her brain.

There were days when I would ring the Hospice and talk to the Community Nursing team; they were almost like counsellors to me over the phone. They would assess Mum’s situation and advise the care services as to how best to treat Mum. In a time when you’re so vulnerable these nurses become part of the family . Our nurse, Liz, had such a great nature and would even make us laugh in a situation you would never imagine you would be able to laugh.

One time that stays with me is when Nurse Liz came to assess Mum as she was getting near to the end, she had to examine her and there were lots of us in the room. Mum was already unconscious by this point so none of us would have thought of it but Liz asked everyone but myself to leave so that she could examine Mum and respect her dignity. I really thought that was so special and it has stuck in my memory.

We were never pressured to move Mum, the Hospice respected her wish to remain at home and went out of their way to make it possible for us to respect that wish”.

Jackie passed away at home surrounded by her family on 10th March 2021.

“I remember the day after Mum passed the Hospice got in touch to pass on condolences and check in on us and we really appreciated that connection. You often see adverts or news items about Hospices and you don’t really think anything of it, until you need to use their services you just don’t realise how important they are in the community”.

We never saw her break down about her diagnosis. Now I’m a Mum myself, I understand why and that she must have done her grieving in private to protect us, she wanted to remain strong for us and St Peter & St James Hospice allowed her to do that until the end”.

A few months after their Mum died, whilst working, Ethan coincidentally met someone who worked at the Hospice and got talking. A skydive event was mentioned so Ethan spoke to his siblings about the idea of him, his girlfriend and his brother David taking on the challenge.  Because of the extraordinary care their Mum had received Ethan decided to take on the challenge, raise funds for St Peter & St James Hospice in their Mum’s memory and to make it even more special, do the skydive on Mother’s Day.

Jackie and her family were supported by our Community Nursing Team, who provide 24/7 support and are experts in palliative care. Our team are on hand to support and advise the wider care services and to get people the help they need when they need it.

If you someone close to you has died and you would like to share a dedication to them please visit our Mother’s Day Dedication Page by clicking here.