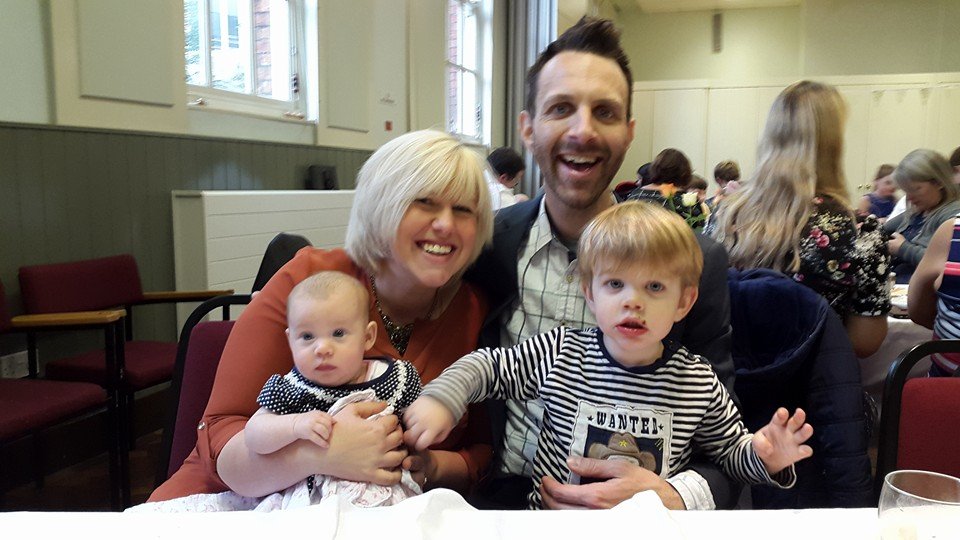 In 2016 Vicky’s adored husband, Phil, passed away at our hospice. Here, Vicky shares her story of love and loss, and recalls the touching difference our nurses made at a difficult time.

‘I think about Phil every day,’ Vicky says. ‘I found it impossible not to fall in love with him. He was handsome, charming, funny and a true gentleman. He had a great sense of adventure and loved his food, wine and good ale! It’s hard to choose my favourite thing about him, but that he accepted me, loved me and never once tried to change me meant so much. He was my soulmate.

‘We got married three years after meeting. It was a magical day in a castle, which ended in us partying the night away in a Falmouth nightclub. We have a beautiful wedding photo where a rainbow appeared over us, so I always look out for rainbows as a sign of him.

‘Our gorgeous son, Zachary, was born in July 2013, and we were in the process of buying our first home together in 2014 when life changed forever. Having felt unwell for some time, Phil was diagnosed with oesophageal cancer. It was found too late and we were told it was incurable, which was absolutely devastating. Zachary wasn’t even a year old. Phil started chemo, and we then decided to take a break from it as his cancer was stable. During this time we had IVF treatment as we wanted another child desperately. Our beautiful Imogen was born a year later.

‘Phil deteriorated quickly in march 2016 and came to the hospice for his final weeks. We were both terrified about what a hospice might feel like, but it couldn’t have been more different to how we imagined. I remember one day our dog, Digby, was allowed to come and visit too, which was such a lovely surprise for Phil. He got out of bed for the first time in days to cuddle and play with him; it really cheered him up.

‘Phil struggled with his diagnosis and suffered with depression during those final months; it made him distant from me at times and I found it heart-breaking seeing him so low. When we came to the hospice, the nurses encouraged me to lay up on his bed and cuddle him. I was worried about it as I wasn’t sure he would know I was there, but the nurses reassured me. To feel him hugging me back and to hear him say ‘I love you’ for the last time is something I will never forget. I cherish those memories.

‘Zach was three and Immy just eight months old when they lost their daddy, but he remains such a huge part of our lives. This summer, we went camping in France, which is something Phil and I loved to do, and we decorated lanterns and walked together to remember him at the hospice Star Walk. We talk about him all the time; Zach especially remembers Phil and misses him so much.

‘The children were Phil’s everything. I’m so proud of them and know Phil would be too. They’re feisty, independent, adventurous and so kind and caring, just like him. They both have the same vivid blue eyes as their daddy; every time they look at me I see Phil looking back too.

‘I feel absolutely honoured to have been his wife and to be Mummy to our two beautiful children.’